I was raised in the era of "colourblindness."  I grew up in a middle class neighbourhood in a suburban city and went to schools that were predominantly white where I was taught, both implicitly and explicitly, that race isn't a thing.

Race was a thing, once upon a time, back in the days of American slavery and Japanese Internment Camps (I never even heard the term Residential School until I was in university), but not anymore. Now, I learned, everyone is equal. If anything, even recognizing a person's race verged on racist. We were to hold hands around the world and not even notice that someone had different coloured skin than us. We are, after all, one race: the human race.

Later, in university, I learned in anthropology class that race is a social construct. That race, like gender, is simply something that is created by our society to categorize (and control) people.  Sure, there are ethnic and cultural differences that are worth studying, but race? Nope. Not a thing.

Because of this, and the fact that I was raised by a truly compassionate optimist who sees the best in everyone, it took me a long time to piece together what the world is really like.  Heck, I didn't even understand the systemic sexism that led my principal to tell me to stop kicking the air because it wasn't "ladylike", my church's new pastor to remove women from leadership, and the men of Friends to be freaked out by a male nanny until well past when I should have figured it out. I was busy always looking for the misguided good intention or misunderstanding behind everything.

Nobody wants to shift their view of the world from an equal-opportunity haven to a biased place where people are systematically excluded from safety, prosperity, health, education, and peace for stupid (but very real) reasons.

It's tempting to ignore pain and reconcile reality to support your optimistic comfort, but that is unacceptable. You can be optimistic about humanity's ability to overcome evil and recognize the evil that we need to overcome. In fact, one necessitates the other.

What Can I Even Do?

The more I think about the reality of the world, the more I feel confused, unsure, and powerless. I'm not famous or powerful. What can I even do?

Luckily the internet is a thing! You can't trust everything you read, but there is a wealth of information available online, and it's a great place to start BEFORE you ask your friends of colour to help you (you know how annoying it is when someone asks you to explain something when there are five thousand tutorials one google search away? Multiply that frustration by lots of human grief and then start with some self-guided research.)

Below are a bunch of links, videos, and images to get you started, but first, and important reminder.

Beginnings are Supposed to BEGIN Something

I had to give myself an important reminder this week: tiny actions do not deserve accolades or pats on the back. I went to a Black Lives Matter vigil here in Vancouver on the weekend and was feeling pretty good about myself for giving up an afternoon to stand on the street and be a part of the movement.

It feels gross just to type that statement, "Oh yeah, great job, Andrea, you stood and listened to some poetry and songs - you are really did your part in dismantling white power. Take a break, you've worked hard." Ugh. At best that deserves a massive eye-roll.

It's too easy to feel like we are heroes for the tiniest of actions. Attending a rally is great. Writing a letter to a politician is meaningful. Posting a link or reflection of Facebook lends a voice of support. Guess what, though? These actions are not enough. We don't get awards just for opening our eyes and seeing what is really going on, and we aren't saving the world by starting to move.

Babies get applause for their first faltering steps because they are BABIES. Adults who should know better get applause when they make real accomplishments with actual results. Baby steps are okay, so long as they go somewhere. So take your baby steps (I know I am), but don't toddle over to the coffee table and then chill out. There is a lot to do and reading a bunch of articles, without doing anything, serves only to give us tools to be self-righteous at parties.

That doesn't mean, of course, that you shouldn't start with some articles, videos, and images:


"A progressive movement that isn’t organizing to dismantle structural racism isn’t a progressive movement. It’s a movement of white middle-class self-interest, where white people on both sides of the aisle are fighting to retain white privilege in different ways." - Malkia Cyril

Philando Castile Was a Role Model to Hundreds of Kids (Time)

"Because of the prevalence and history of racism, just the word “race” can conjure negative connotations. However, racial oppression (not to mention the flipside, racial advantage and privilege) is just one dimension of race. Race is also intimately tied to people’s identities and signifies culture, tradition, language, and heritage – genuine sources of pride." -Jon Greenburg

"As a White person, you are in a unique position to influence the perspectives of other White people. If the illegal killing of Black people by the police bothers you, as it should, talk to your White friends about it. There are many nuances and ambiguities in institutional racism, but the police committing murder is not one of them." -Justin C. Cohen

Advice for White Folks in the Wake of the Police Murder of a Black Person (Justin C. Cohen Blog)

"As white folks and allies we can do a lot beyond posting sad or outraged status updates on social media. Here are some real world, concrete ways you can show that you understand that Black lives are important and that you won't stand for them to be taken away in this manner anymore." -Avital Norman Nathman 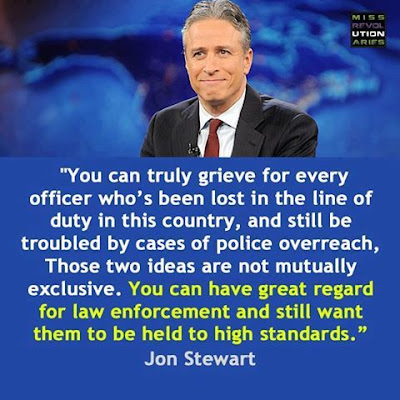 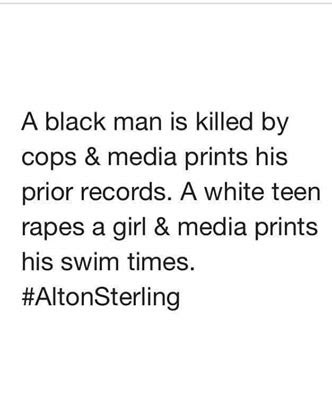 These are just a few resources. Most of these articles have a host more links at the end. Many include concrete actions we can all take. Read up. Then decide where you will begin.

I'm still figuring out how I will really begin. I know that I have a role to play in my workplace and my church community. I can engage with more advocacy and research organizations that could use support.

What else? What about you? Let me know where you're beginning and maybe we can work together.
at July 12, 2016
Email ThisBlogThis!Share to TwitterShare to FacebookShare to Pinterest
Labels: thinking things, what it means to be human