I recently finished reading two of the three Queen of the Tearling books (the third not being released yet - oh Erika Johansen, may the book flow out of you as if on the wings of Pegasus!). These were official reads for my book club, and oh how glad I am! As usual SPOILERS SPOILERS SPOILERS, I am not holding back, guys! Also, I read the books back to back, so I don't really have a differentiation of what events happen in which book. Sorry if that bugs you. 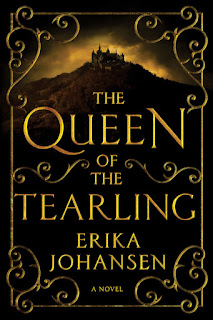 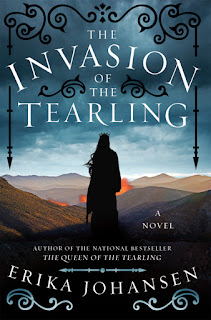 The world of Queen of the Tearling is fascinating! At the beginning it appears to be a sort of fantastical take on a pseudo-Elizabethan world: there are nobles, peasants, and royalty; everyone rides horses and uses fire for light and heat; medicine is super rudimentary; the church has incredible power; and society is largely agrarian. The fantastical elements come in the form of, you guessed it, magic.

Through repeated references to the technology and literature of the past (including a thrilling reference to the "seven Rowling volumes" that had me almost throw my Kobo in the air with excitement), you realize that this is actually a distant future where technology and medicine have been lost and society has regressed.

Eventually, we learn that this was actually meant to be a utopian society, free of religion and discrimination and social hierarchies, begun by a man named William Tear (hence the people being called Tearlings). An obviously failed experiment.

In Queen of the Tearling we meet the new Queen of the Tearling people. Her name is Kelsey, and she was raised in hiding so that her murderous uncle wouldn't kill her to steal the throne. Now she's come into a society that is totally corrupt, where people are sent as slaves to a neighbouring dictator ever month as a peace offering, and the church is a slimy bag of power.

What I love about this story is watching Kelsey struggle and do things that I think are mistakes. She is a really forceful character - very intelligent, with a powerful temper. Sometimes she is compassionate and nuanced, and at other times she is hasty and brutal. Yet, whatever she does, it is always what she believes to be the best thing for her kingdom.

My only real complaint was the back-and-forth nature of the story. It frequently travelled back to tell the story of a woman living in the past (what would be our dystopian, totalitarian future), and the jumps would frustratingly happen right in the middle of something exciting in Kelsey's timeline. I'm not sure that this mechanism was necessary, or the best way to reveal how the Kingdom of Tearling was founded, but on the other hand, both stories were incredibly compelling. I would love a whole separate book series telling the origin story.

I ate these two books up. They are fairly easy reads, and incredibly engaging. The Queen of the Tearling and The Invasion of the Tearling both delivered a world and characters that I wanted to immerse myself in all day long.


The Receptionist Delivers! Sign up for my email newsletter for a weekly digest and BONUS CONTENT!
at July 28, 2016
Email ThisBlogThis!Share to TwitterShare to FacebookShare to Pinterest
Labels: (Pop) Culture, Art & Inspiration, bookish