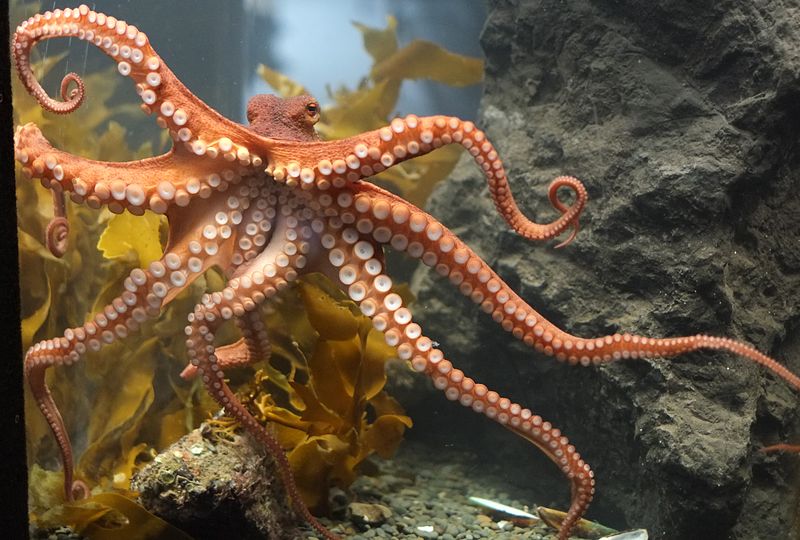 The Intelligence of an Octopus

Aside from the indisputable fact that they grow into giants and take down pirate ships, what do we know about octopi? Turns out they are super smart, but because the most recent common ancestor they share with humans is somewhere around the first dinosaurs, their cognition has emerged in a very different way than ours. "They are probably the closest we will come to meeting an intelligent alien." COOL!

Bats are now feasting on human blood. Just so you know.

Dentist visits might start getting a little more pleasant, since scientists have realized that Alzheimer's medication helps teeth regrow. Turns out, teeth only stop growing because we produce an enzyme (GSK-3) that prevents dentine from forming as we get older. Soaking a sponge in Tideglusib (an Alzheimer's medication) and putting in the cavity of a tooth that is decaying suppresses that enzyme and then the tooth starts to heal itself!

Hold Off on the Pot

As Canada (and many other countries) start to play around with legalizing marijuana, more research is emerging over its effects. One new study shows that holding off on trying it out until you're 17 is a good idea. Those who start smoking pot at 14 were less likely to finish school and more likely to score poorly on cognitive exams, compared to those who started at 17 and showed no difference from non-smoking peers.

Harvard scientists have turned hydrogen into metal. To a layperson like myself, this falls under the "cool" category. Apparently, to people who understand the implications of things, this falls under the "revolution" category: "metallic hydrogen could theoretically revolutionise technology, enabling the creation of super-fast computers, high-speed levitating trains and ultra-efficient vehicles and dramatically improving almost anything involving electricity."

Wow. Okay, then. More than cool. (Although some physicists are already saying, "it's probably not metallic hydrogen. Calm yourselves.")


The Receptionist Delivers!
Sign up for my email newsletter for a weekly digest and BONUS CONTENT!
at January 27, 2017
Email ThisBlogThis!Share to TwitterShare to FacebookShare to Pinterest
Labels: *Learn! Fridays, Growth & Advice, science