Learning! Roundup: Divorce, how to die, and pushing Occam's Razor off its pedestal 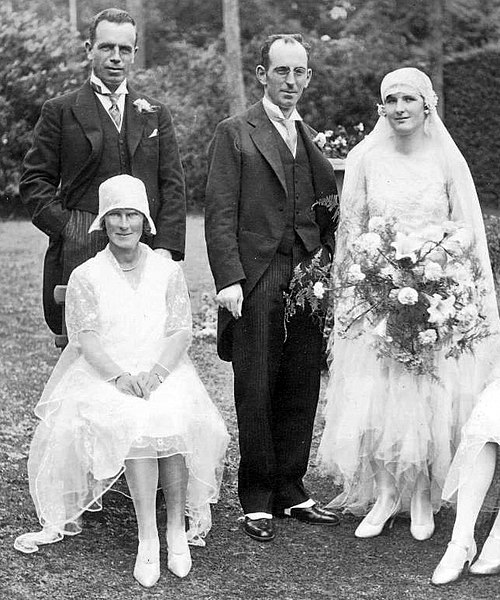 Cynical types like to comment before weddings that there's a 50/50 shot that the marriage will fail. (Thanks for spoiling the festivities, Negatron!) Well, that's not actually true. Basically, what happened is that once divorce became more accessible and socially acceptable, a whole bunch of miserable people got divorced, creating that 50% statistic. These days, it depends when the marriage happened whether it will end in divorce: marriages that began in the 80s or earlier? Divorce central. Marriages from the 00s? Only about 33% are expected to divorce, at any point in their lives.

Interesting factoid: divorces are often initiated by women. This lead the researchers to say that changing divorce rates reflect the women changing their expectations of their partners. My analysis is slightly different: because women are now more able to delay marriage and don't feel obligated to marry someone when they don't want to, perhaps they will be less likely to need to escape those marriages later.

Not that alcohol is something that needs to be "fixed", per se, but apparently it's basically a low-level poison and will give us all sorts of terrible conditions. New research shows, however, that exercise counterbalances the negative effects of drinking! People who exercised 150 minutes a week (cardio-style) and drank over the recommended levels were healthier than those who drank under the recommended levels and didn't exercise. Really, this probably just shows that exercise is really really important for health, but whatever, let's say it's an excuse to drink!

How Will You Die?

Speaking of health and poison and illness: how do you think you will die? Most of us will not die peacefully and quietly in our sleep like we hope. Mostly, in the Western world, we'll die of cancer and heart disease. Alcoholism ranks in there too, guys.

The smartypants among us like to think that we are less likely to have prejudices because we have FACTS instead. Well... Not necessarily true. What is true, apparently, is that a curious spirit helps us avoid our biases.

Did you see Eternal Sunshine of the Spotless Mind? If not, go see it now! Or read this basic synopsis and minor spoiler: it's about a woman who erases the memory of her ex boyfriend from her mind with this memory-erasing therapy.

How does this relate to addiction therapy? Well, one of the problems with addicts is that their memories of the drug are connected with intense pleasure and happiness, causing them to seek to recreate those feelings. So now researchers may have found a way to erase the memories related to the drugs, thus erasing the mental connection between the drugs and pleasure.

Isn't it fun when something comes out to confirm a suspicion you had all along? In university and in conversations with my science-y friends, Occam's Razor (the idea that the simplest solution is the best/correct solution) is treated like a golden calf of truth and glory. While it is a great guiding principle, few seem willing to recognize that it is a human-chosen framework for deciding truth and may not always be correct. Well now an article in The Atlantic is on my side: an obsession with Occam's Razor may have distorted some science. Ha!


The Receptionist Delivers!
Sign up for my email newsletter for a weekly digest and BONUS CONTENT!
at September 09, 2016
Email ThisBlogThis!Share to TwitterShare to FacebookShare to Pinterest
Labels: *Learn! Fridays, Growth & Advice, psychology, science