When Do I Get to Forgive Famous People? 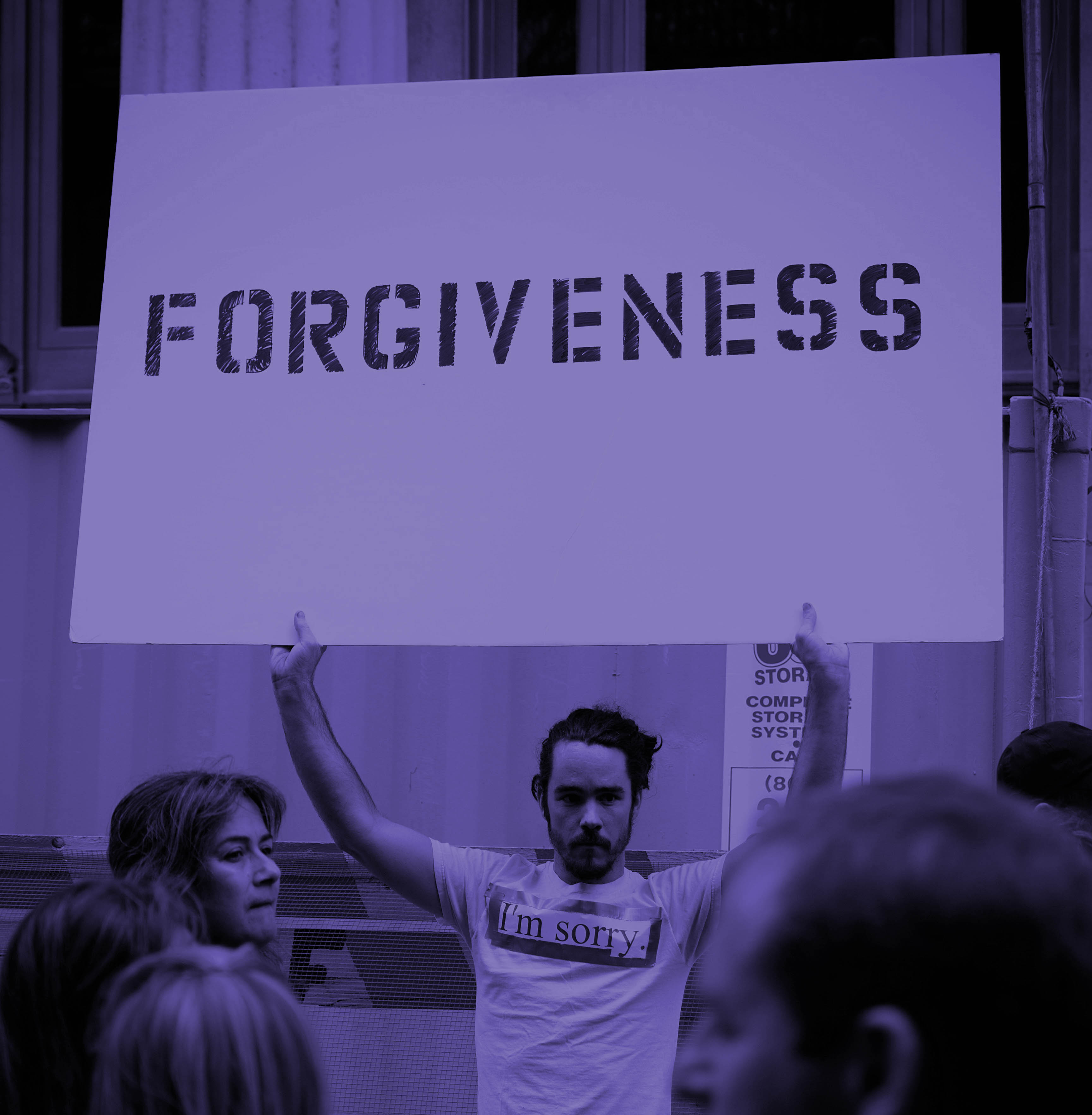 When do I get to forgive people?

It's a weird question. I'm pretty sure it's just up to me whether or not I forgive a person or not - it's a pretty personal decision.

Here's the thing though - and I kind of hate even writing this, because I am NOT one of those people who's all "the court of public opinion is killing people!" or "online mob mentalities are destroying art and free speech!!!" - I don't know that I feel confident in my own ability to judge these things anymore. I mean, if someone has harmed me personally, then I know just what to do: forgive them instantly or spend the rest of my life reliving the pain they caused me until it turns me into a crust of a person. But what about a famous person for whom my personal forgiveness is technically meaningless, but who I feel compelled to have an opinion about? There, I am lost.

The latest is this James Gunn thing. When the news broke about his terrible tweets and he got fired from the Guardians of the Galaxy movies I felt... conflicted. After all, the things he tweeted about ten years ago were disgusting and vile, but it didn't seem obvious to me that he was the same person anymore. It seemed more obvious that he had changed his ways.

But I didn't trust my own reading of the situation. I have a bad track record of accepting the apologies of famous men who do terrible things at face value. Case in point: my first reaction to Louis C.K.'s apology was pure gratitude that he was admitting he did bad things.

Then I read some commentary on his apology and realized that I had been duped. I re-read the apology from a lens of "what is he actually saying?" instead of the head over heels, "OMG a powerful man is recognizing he did something wrong? THIS NEVER HAPPENS! THE WORLD IS FIXING ITSELF!!!" lens I originally read it with and realized that I was wrong. I needed to be a little more skeptical when it came to the PR of saying sorry.

It was a good lesson, but it also led to some self-doubt that I haven't recovered from yet so that when I read James Gunn's apology, I didn't really know what to think about it. He doesn't sound super contrite, but he seems very clearly to think he said inappropriate things and to have stopped doing it because it was wrong. This could be enough. Should it be enough? Is it enough?

It seems a lot of people think that since he said those things, EVER, he is blacklisted forever as a Bad Guy. So then, for those people at least, is there no opportunity for forgiveness? Can a person never change and move on? Or has he just not yet met that bar?

I don't want them to decide for me, but I want to know all the reasoning behind their stance. What are they seeing that I am missing? Or do we just have different values when it comes to a person's hope for redemption?

Now the cast for Guardians of the Galaxy has come out with a letter defending him and asking for his return to the movie.

So, is this an example of his true character and the fact that the cast knows him and has seen his ways? Or is it like when Lena Dunham defended the guy from her show who was accused of sexual assault and everything blew up in her face?

So maybe the court of public opinion isn't unnecessarily ruining lives and stifling speech, but maybe it is messing with my head quite a bit.


The Receptionist Delivers!
Sign up for my email newsletter for a weekly digest and BONUS CONTENT!
at July 31, 2018
Email ThisBlogThis!Share to TwitterShare to FacebookShare to Pinterest
Labels: big question, thinking things, Whimsy