Too old for Snapchat? 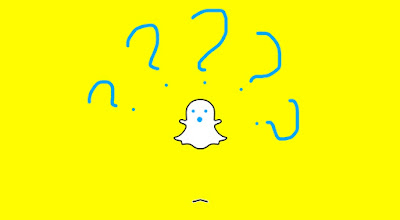 Literally the only reason I joined Snapchat is because I'm 31.  That might not sound that old (unless you're under 25), but that means I'm old enough to know what it's like to try to explain to an old person what the internet is for.  When I was a teenager my grandpa would pay me $10 to come over to his house and teach him how to use email, multiple times, while my grandma stayed away from computers for her entire life.

The point here is that I want to be like my grandpa, who was immediately interested in how he could use the internet to look up stories about Mennonites, and not like my grandma, who we had to buy an email-to-fax machine for when she moved into the old folks home so she could receive our pictures without us having to print and mail them, which we never ever did.

So I joined Snapchat.

I joined because I think it's important to at least try new technology-related things before rejecting them, and since Snapchat suddenly transformed from nudie pic-o-gram to a social network, I needed to check out out and avoid becoming a luddy-duddy (that's "luddy" for luddite).

First of all, people have to add you back to be able to communicate with them or see them in your feed - oh, excuse me, it's called a "story" on Snapchat - so my "story" has a whopping THREE PEOPLE in it.  Ugh.  I haven't felt like such a loser on social media since I started a Myspace page.

Second, the whole point is to share stupid things because they disappear in 24 hours so you don't have to worry about looking perfect all the time, but I already post stupid things on the internet.  I think the point is really to take a lot of selfies without having a newsfeed full of selfies that people can judge you by.

Third... I don't know.  It's just a little tiring.  Which probably means I'm too old and not cool enough.

Or maybe I just need to pay a teenager $10 to come over and show me Snapchat?  Do teenagers still do things for $10?  How has inflation impacted the teenagers-helping-their-elders-do-mundane-tasks market?

Questions:  Am I supposed to troll for followers?  Should I be telling you to add me?  My name is andreaxuaxua, so I guess you can?  I know other people just post on Twitter asking strangers to snap them, but that seems... weird?  I mean, I'm not averse to having strangers in my Snapchat feed since it seems like a less-flattering version of Instagram, but it still feels weird. Am I supposed to call it a snap?  A chat?  Do I have to use the whole word every time or is that lame?

Anyways, as my friend Jay said on Facebook last week:


How to feel old:


Mission accomplished.
at May 14, 2016
Email ThisBlogThis!Share to TwitterShare to FacebookShare to Pinterest
Labels: technology, Whimsy, why?