"I shouldn't have to see that." 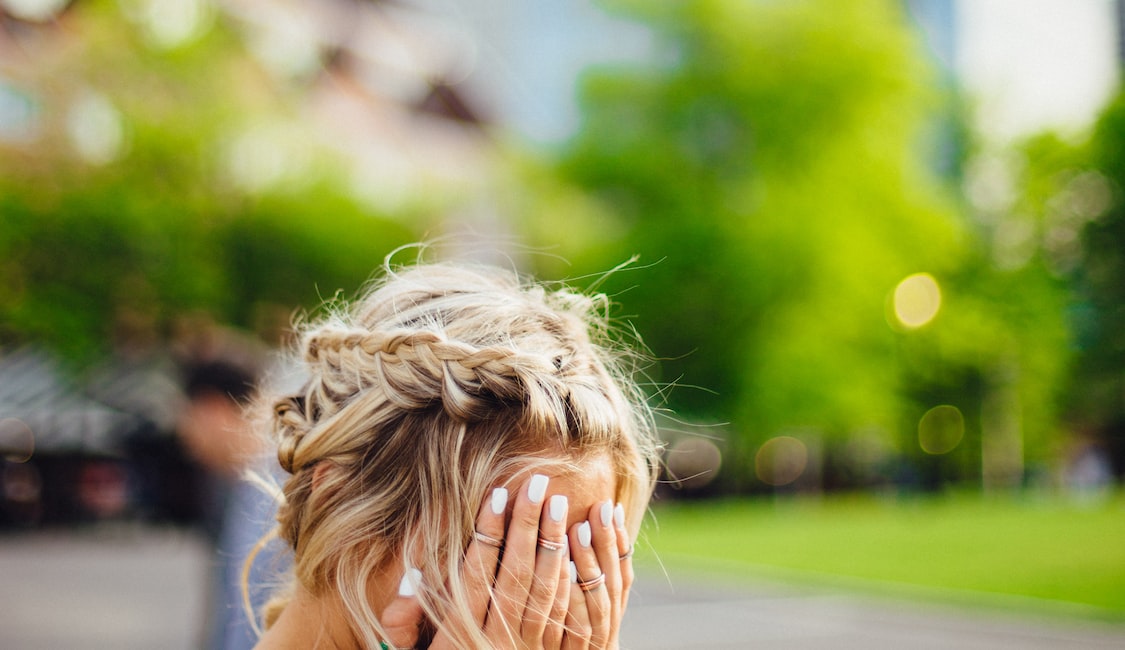 I've always been interested when people say "I shouldn't have to see that."  It's a funny statement.  It somehow assumes that someone else, through their actions or just by existing, is forcing you to take part in their activity by not hiding it.

The truth is that when we do something in public we are, in a sense, "making" everyone we encounter see it.  If we enter their field of vision while we wear these clothes or juggle these chainsaws or having this body, they will have no choice but to see us.  But are the only two options in life hiding or showing off?  Does it matter whether we are intending to display a thing or just existing in a way that works for us?

So what are the things that people get upset about "having" to see?

There is more, of course, but that seems like a good start.

As I was writing the list I realized that it all boils down to disgust.  We think we shouldn't have to see things that disgust us.  Makes sense on an evolutionary level - our disgust reaction exists to keep us alive and safe and able to procreate.  It's actually quite useful.  Except now that (in Canada, in Vancouver) most of us are relatively safe, our disgust doesn't necessarily point to actual danger or threats.  But still, there seem to be some categories of "I shouldn't have to see that" disgust.  What are they?

Some things we have decided as a society are too disgusting to be public, and we call those things "private".  Most things associated with sex fall into this category.  Society has agreed that people shouldn't have to see other people being naked, showing genitals, having sex, or doing anything too close to having sex.  Not necessarily that sex itself is disgusting (depending on who you ask), but that displays of sexuality are to be minimized.  Heck, it wasn't that long that seeing a pregnant woman was considered indecent because it was an obvious sign that she had had sex.

This is actually kind of funny, because if our disgust reaction is supposed to help us stay alive and procreate, shouldn't sex be totally non-disgusting?  It's just fulfilling our biological imperative.

Also included in this category are things like breastfeeding (for those who haven't learned they have to be okay with it now because it's happening) and changing diapers, as well as other bathroom-related things like vomiting or, you know, going to the bathroom.

We also shouldn't have to see violence, but that's more because we've all agreed violence isn't supposed to happen at all.  Unlike sex, violence isn't supposed to be hidden behind closed doors (although if it must happen in some population we've deemed hopeless, then that's better than seeing it), it is supposed to only be simulated in movies.  (Also, unlike sex, if violence is simulated in movies very few parents will freak out, but if sex is, then many parents will be upset.  Thus, fake sex is more disgusting than fake violence.)

Also, things like drug use might fall into this category.  We are perfectly comfortable seeing people guzzle their fifth double espresso or drink beers on a patio, and in Vancouver we are okay with people walking down the sidewalk with a joint.  If we see anything else, however, it assaults our eyes because people just shouldn't be doing that.

Then there are things that aren't officially decided by society as forbidden, like public sex, but that everyone hopes they will not "have to see".  This is includes things like rolls of fat.  Of course, no one wants to admit that they're disgusted by fat, because that would make them a bad person, but how else can we interpret the reactions to seeing other peoples' rolls?  Statements that they "shouldn't" be dressing that way or "can't" pull it off are telling, especially because they rarely get shut down, because, while it's impolite to point it out, most people silently agree that, yes, we shouldn't have to see a roll of fat.  That makes it too obvious that this person has a body that isn't perfect and that is horrible.

Also in this category are other situations where people allow their bodies to be visible the way they naturally are, including wearing little to no make up or allowing body hair to grow.

Next, there are the individual pet-peeve/holier-than-thou things that people don't want to have to see because they are (or want to be) better than that thing.  This includes things like selfies or people taking photos of themselves doing yoga on mountains or drunk girls wearing small dresses and no jackets or packs of boys with their pants below their bums.  Society as a whole may agree that these are silly or even gross actions, but not enough so that we agree to ban them from sight.  Instead, some of us who feel we are much better than that thing express our disgust to show how much better we are.

"I am not narcissistic at all, I am so not narcissistic that I am disgusted by this narcissistic display of selfie taking and wish to not even see it!" / "I never get too drunk and am so good at not going overboard that I shouldn't have to see other people do it because it hurts me so!" / "I just appreciate well-tailored clothing so much it pains me to observe these low-hanging pants!" / "I respect myself too much to wander around coatless in a tiny dress, and I am disgusted and saddened that anyone else would do that!"

It's like when I asked my friends not to swear around me in high school because I was a good little Christian girl and my pure ears shouldn't have to hear that kind of language.  Let alone that if I really didn't want to hear it I could have hung out with the other Christian kids, and also you shouldn't tell other people what to do.

Finally, there are the "seeing you makes me feel guilty so I don't want to see you" things.  The things that remind us that, if we were better people, we would help in some way, but we don't want to disrupt our lives so we don't want to see it.  Either that or we are afraid we might become like them.  Signs of poverty and illness fall right into this category.  If we really see and recognize that a person near us is suffering, we might feel compelled to help.  If we get too close to that sick person we might catch what they have.  Better to just be grossed out by their existence and avoid seeing them.

So obviously as a society we have decided that there is some validity to the "I shouldn't have to see that" claim, and if enough people feel that way, we make a law to enforce it.  But what of all the things that are legal?  I am big into "good for you, not for me" and "you do you", so long as you aren't hurting anyone.  But therein lies the rub!  People who feel very strongly that they shouldn't have to see something do think they're being hurt by seeing it, and if enough people feel hurt by it, then the rules follow.

Of course, the rules probably go the other way more often: people aren't allowed to do something in public (like, say, be gay) and then they start saying "hey, we're not hurting anyone, we should be allowed to be ourselves in public" and then painfully slowly everyone else figures out that they are right.

So what?  Is it a numbers game?  Is it stupid or bigoted to not want to see something until enough of you don't want to see it?  Then is it reasonable?  I DON'T KNOW, GUYS!  But it's fun to talk about.
at May 10, 2016
Email ThisBlogThis!Share to TwitterShare to FacebookShare to Pinterest
Labels: big question, thinking things, what it means to be human, Whimsy