Learning! The psychology of voting 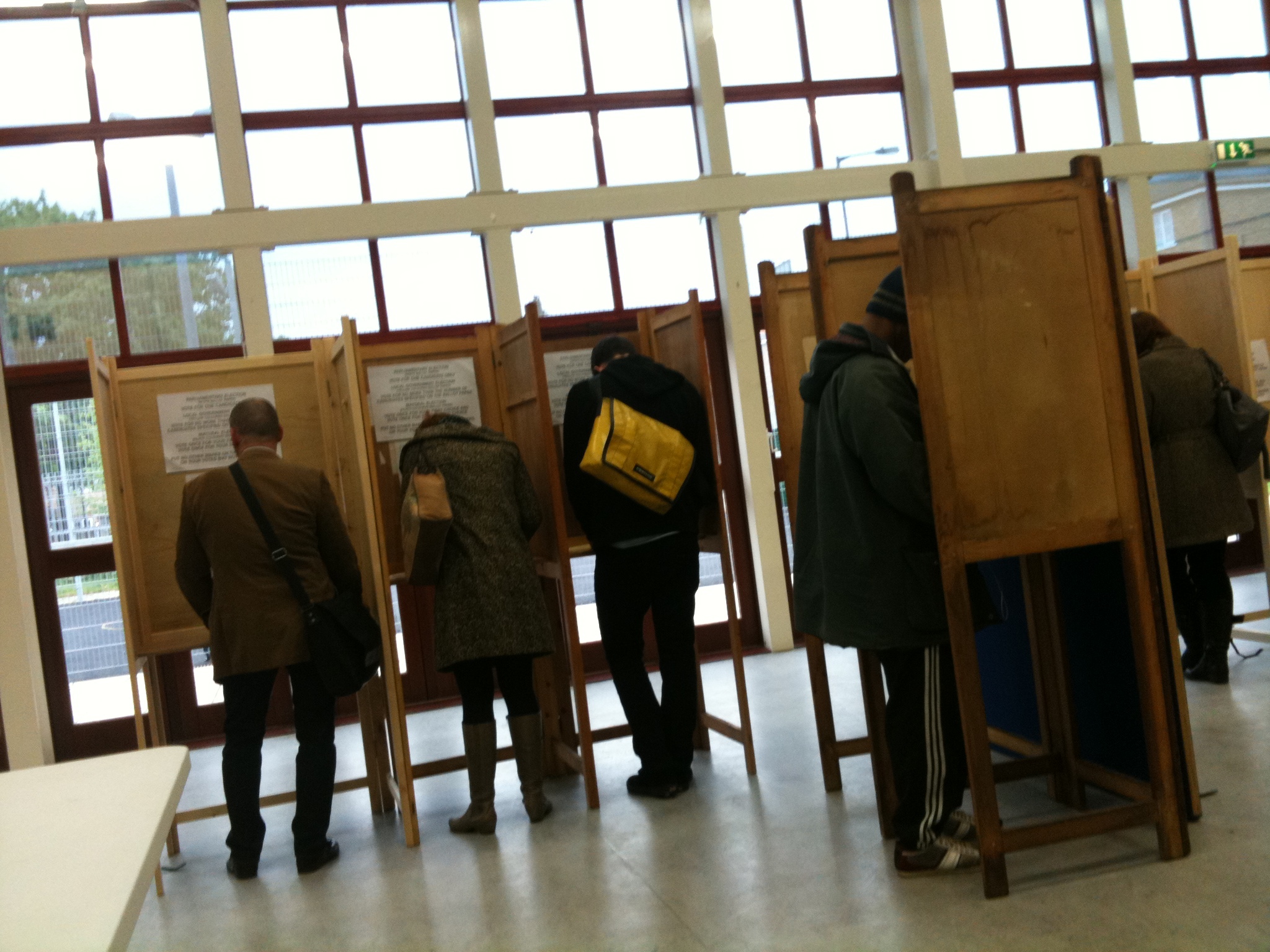 We are in the middle of an election in Canada!  Official polls will happen on October 19th, but many (including myself) have already voted in advance polls.

A lot of research has gone into elections and what actually influences peoples' votes.  Is it policy and capability of our potential leaders, or is it haircuts, height, campaign spending, and where you go to mark your ballot?

Lucky us, BPS Research Digest did a basic digest of the research on the psychology of voting.  Here's some of what they found:

Appearance has an impact - we are more likely to vote for someone who "looks competent", is attractive, and those with deeper voices.  These factors make the most impact on those who are ignorant to what's actually going on in politics.

Personality comes into play - we tend to vote for people we think have similar personalities to our own.

Poll location is a fascinating one - if your polling station is in a church, you're more likely to vote conservative.  If your station is a school, you will be more inclined to approve educational spending.

Physical position - if you are physically leaning left or right, you are more likely to vote in that direction!

If there are lots of shark attacks in your area, or your local sports team goes on a losing streak, right before an election, the incumbent will likely suffer.  Because, you know, everything is their fault.

Got kids?  If you have more daughters, you might vote more liberally.  Sons may sway you the other way.

On it goes!  Scandals, the economy, simple emotional responses, they all impact how we vote.  So, my fellow Canadians!  Arm yourself with this knowledge and be aware when you cast your ballot on Monday!  Exercise your constitutional rights!  Take the government into your hand and tell them what you want, and make sure you're telling them what you actually want, not what your polling location is tricking your brain into thinking you want.