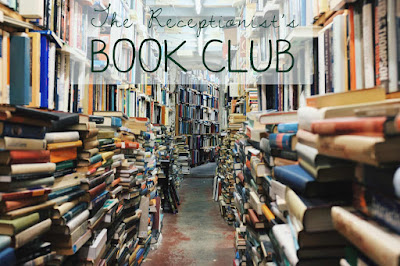 Confession: it's actually been a couple of weeks since I finished reading Ender's Game, but I'm only now getting around to reporting on it.  My sincerest apologies!

SPOILER ALERT!  This post will contain spoilers!  There are some big surprises in this book, and I'm going to talk about them.  If you haven't read it yet I would advice just stopping right now.

For the most part I really liked the story, as did the others in my book club.  It's a fun fantasy novel with a great lead character who provides a lot in terms of inner turmoil: he is brilliant (probably too brilliant) and super compassionate but gets forced into situations where he must act violently.  He is pushed into a leadership role that he excels at and he is pushed to fight but feels for his enemies.

Sure, Ender seemed like a bit too much of a genius at times - he is just sort of was brilliant at everything he touches - but that is kind of the whole point.  He is the genius who will save humanity, so yeah, he is really smart and good at stuff.  That's why they picked him.

I found the ending incredibly anti-climactic.  Apparently I am the only one who found this to be the case, no one in my book club felt the same way, nor did other friends of mine who have read the book.

My issue is that the entire plot is structured towards the final battle with Ender leading the human army against the buggers.  Along the way, there are also some exciting hints that perhaps the buggers aren't even real, and perhaps there is a conspiracy and the real enemy is the grown ups.  (Believable, since they are taking 6 year-old boys from their homes and training them to be killing machines.)

With that in mind, we were lead to expect Ender to go from training into war where either he would battle the buggers and (let's be honest), win.  The alternate option seemed to be that he would get high enough in the ranks to learn or figure out that this was indeed a conspiracy, and then something exciting would happen with that information.  I was hoping for the latter, because it seemed like more fun.

What actually happened?  They tricked him (and us) into thinking he was in training when he actually was leading the human army in battle with the buggers.  The story just sort of takes a turn, saying, "oh, that thing you thought we were building up towards?  It's happened and you didn't even realize it.  Now we're going to have a really really long denouement."

Within the world of the story it makes perfect sense that they would do this to Ender.  In a world where you're having a story told to you, it's super disappointing.

Plus, the actual ending of the book is just sort of blah.  Ender and Valentine go off to explore the universe, and he brings the bugger larvae with him, hoping to find somewhere safe to let it grow, and "He looked a long time."

What the eff kind of last sentence is that?

It was really easy to forget that Ender is supposed to be 6-12 years old in this story.  Every once and a while (usually while he was doing something really violent) I would remind myself that this was a 6 year old boy beating another boy to death and it would become way creepier.  Sure, he didn't realize that he was beating him all the way to point of death, but still.  Pretty gruesome to see at any age, terrifying to see in a child.  Luckily he usually spoke and thought like an adult so it was pretty easy to avoid that image.

I loved the side characters of Peter and Valentine.  Their trajectories were incredibly interesting - Peter's need for power that started him out as a psychopathic, torturous tyrant, and then transformed when he gained actual power, actually ruling the planet into a place of peace.  Valentine was brilliant, but unfortunately came off more as just a supporting character - there to protect Ender and then help Peter - but she has some moments where her independent intelligence comes through, which is nice.

Speaking of Valentine as a supporting character, because I had heard about how terribly homophobic/racist/sexist Orson Scott Card is in advance, I did read it looking for hints of his prejudice.  While there was the regular sexism of almost all stories in the fact that only two of the characters we got to know were female (and both were supporting), other than that I saw no homophobia, no racism.  That was a nice relief.

I totally get why this book is so popular.  It's a really fascinating story with an interesting and complex lead character.  While structurally I didn't love what Card did with the story in the end, they were really realistic choices for the world he created.  I would definitely recommend it.
at August 13, 2015
Email ThisBlogThis!Share to TwitterShare to FacebookShare to Pinterest
Labels: (Pop) Culture, Art & Inspiration, bookish