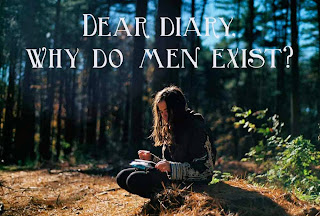 Here's a question that has befuddled both scientists and teenage girls for some time now: why exactly is it that men exist?

No, this isn't a "super-feminist, man-hating, hairy-armpitted (as if that's the worst thing that could ever happen)" branch of science. It's the kind of science that looks objectively at the fact that asexual reproduction is way more efficient than sexual reproduction. If the lady-folk could just reproduce themselves over and over like a glorious strawberry plant, things would be a whole lot simpler. In so many ways - amIrightladies*?

A recent study on beetles, however, found a potential answer. It appears as though sexual competition and the subsequent selection it creates is necessary for heartier, long-lasting species. In groups where 90 male beetles were competing for the affection of 10 females, the population was more resilient to extinction.

9 men for every women?  Wowza!  This, of course, bodes terribly for Vancouver where the ratio of single/straight men to single/straight women is fabled to be anywhere from 1 in 3 to 1 in 7. Looks like survival is best when the men dramatically outnumber the women. (High fiving all the women in the world.)

*I recently decided that following almost any statement with "amIrightladies?" makes it way more fun. Seriously, try it. AmIrightladies?