More Responding: iHateVan takes me down a peg 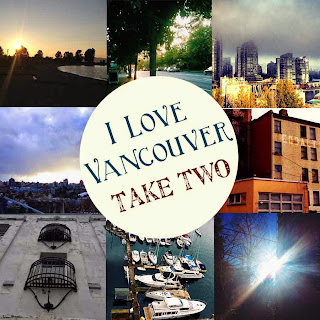 A while back I posted a rebuttal of positivity to the #ihatevan Tumblr, and realized recently that he actually responded.  Besides dismissing the things I like with snarky comments, which I expected him to do (as if people aren't allowed to like different things than he does), here's his final shot:


This shit is about “me, me, me” and your want for creature comforts to make your apparently OK life even more OK. This blog’s hate is pointed at all the systematic bull shit that is buried right underneath the surface of Vannie culture. While you touch on some of these issues as basically a bit of an apology, your dismissal of anger towards these issues as non-productive IS SERIOUSLY PRIVILEGED.

My first response was basic defensiveness: "I was not being privileged! That's not what I was trying to do!"

Then I remembered a simple fact: what a person tries to do and what a person actually does are two very different things. The fact is, I am privileged. This isn't a new revelation. I was raised middle class by parents who love me. I am white, able bodied, educated, decent-looking, and work in my chosen field, which is the arts. All of these are things that lead to, or are the result of, privilege in our society.

So, the guy's got a point. While don't really feel bad about bringing positivity to the fore, by doing so and glossing over the real problems, I also shoved them under a rug.  Something I got to do because I'm lucky and don't generally have to face those issues.

What I thought I was doing/was trying to do:

I saw the posts about Vancouver's racism and other systemic issues as likely valid, and so I figured they could stand on their own.  At the time I wrote my post, however, the majority of posts were attacking people for not being fashionable enough or spending enough on their jeans or eating meat or going on dates with him or having enough parties.

There were also a lot of blanket statements about the basic character of the humans of Vancouver, which will always get me on the defense.  He claims Vancouverites lack curiosity, generosity, empathy, and senses of humour, and that's just not what I've seen, so I wanted to defend the good people I know and love.

Finally, he claimed that no one ever responds by showing them "why it's not shit" or offering to change things. Since the majority of the complaints up to that point appeared superficial, I wasn't going to offer to stop being a vegetarian or whip Vancouverites into dressing to his particular fashion sense. So I thought I'd respond by offering some evidence for why I think Vancouver is "not shit." I expected them to get shot down, and they were.

What I actually did:

I did do what I thought I was doing - I spouted some positivity and watched it get shut down. I defended the character of the Vancouverites I know and love. HOWEVER, I also demonstrated a lot of privilege.

Since I thought the racism claims were likely valid, on the whole, or at the very least recognized that I don't have the experience to comment on them, I just let them be. I figured that by not engaging with them I was letting them stand on their own. What I did instead was ignore them and by ignoring them, I shut them down. I just did the happy version of what he did - he shut me down with anger, I shut him down with positive glossiness.

Ignoring the unpleasant parts of the system is very much a privileged thing to do, and doing it made me part of the problem.

So here's the back and forth where I have an imaginary conversation with myself:

The generalized anger and wide-ranging vitriol shut me down and put me on the defensive. I am low-hanging-fruit on this one and would have responded better to the issues being posed more openly, with questions and an invitation for dialogue.

However, expecting his issues to be phrased in a way that I like is pretty freaking privileged.

But when you shut people down you kill dialogue.

Yeah, but was I really engaging in dialogue either?

But there was so much focus on the surface - sure, people probably shouldn't spend $100 on yoga pants, but is it fair to claim they should spend $100 on jeans either and write them off as human beings because they don't understand fashion even though they were buying clothes that are sold in stores generally considered fashionable and featured in fashion magazines? That's privilege.

Maybe, but we're all at least a little bit hypocritical from time to time.  So this guy is a snob about fashion and judges vegetarians.  I'm an artsy fartsy know-it-all.  Also, if someone has a spare $100 to spend on pants, it's a fair point that they should just invest that money in actual pants and not yoga tights.

Or maybe they should spend that money on something useful to the world.

Maybe, but they probably won't.

What about the arrogance of assuming you know someone else's motives for their behaviour and pigeon-holing/writing them off based on one or two traits?

That's pretty much exactly what I did.

I still love Vancouver, but am also open to talking about the things that could make it better for everyone.
UPDATE: I just realized I never actually apologized, which was my intention. I am sorry for ignoring the wider issues because of my privilege. It was a crappy thing to do. I'll try to listen better next time.

PS: If you must know, YES, a thriving arts scene does mean that people occasionally produce "lame boring shit", because when people take risks in art it's a freaking RISK and they don't know how it's going to turn out until they do it.  Sometimes it's amazing and sometimes it's wanky and lame but it's worth it because they tried something and will probably learn to make it better next time or inspire someone else to do something awesome.  And Vancouver is NOT like New York in the 50's.  It's bloody well like Vancouver in the 2010's.  We're not trying to be New York.  There's no need, we are doing our own thing, and it's awesome.
at November 04, 2014
Email ThisBlogThis!Share to TwitterShare to FacebookShare to Pinterest
Labels: thinking things, vancouvering