Ever wonder how many people are on the internet right now?  Like, how many internet users are there in the entire world?  And what countries they come from?  Well, now you can know! 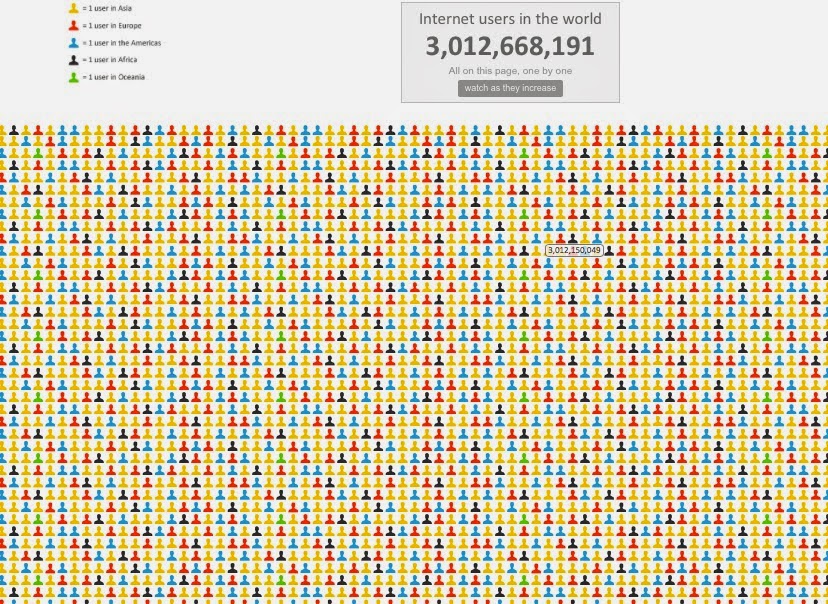 That means that I am currently connected to about half the world's population.  This number is staggering in two ways: one because that's a lot of people.  Two, because that's a lot of people who aren't on the internet.  From the perspective of a privileged westerner who doesn't know anyone who doesn't have access to the internet (except maybe my grandma, except that's by choice and we show her things online all the time), it's bizarre to realize that more than half the people in the world are not connected to this thing I carry around with me almost 24 hours a day.

Find out how many people are online now at Internet Live Stats.
at November 21, 2014
Email ThisBlogThis!Share to TwitterShare to FacebookShare to Pinterest
Labels: *Learn! Fridays, Growth & Advice, technology