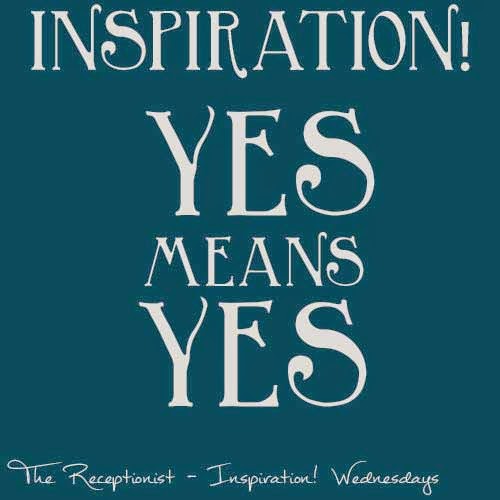 Now THIS is inspiring!  California is the first US state, and possibly first place ever, to adopt a "yes means yes" law.  That means that if you don't get a clear "yes" for sexy times, you don't have sexy times.

The difference between "yes means yes" and "no means no" in consent may seem nit-picky, but it's actually huge.  If the law states that you have to stop if a person says "no" and the person you're with is, for some reason, incapable of saying "no", it becomes a legal grey area where the aggressor is much more likely to have zero consequences for their actions.

A law that instead requires "an affirmative, conscious and voluntary agreement to engage in sexual activity", means that you can't argue that "they were into it" when they were passed out or too afraid to push you away.  It puts the onus on the pursuer to get consent first, not to go until someone says stop.  BIG difference.  As this article in The Guardian puts it, "silence or lack of resistance does not constitute consent."

I am so happy and inspired to see politicians stepping in to protect victims of sexual assault.  Let's all take a cue from them.