I Love Vancouver: a response to #iHateVan 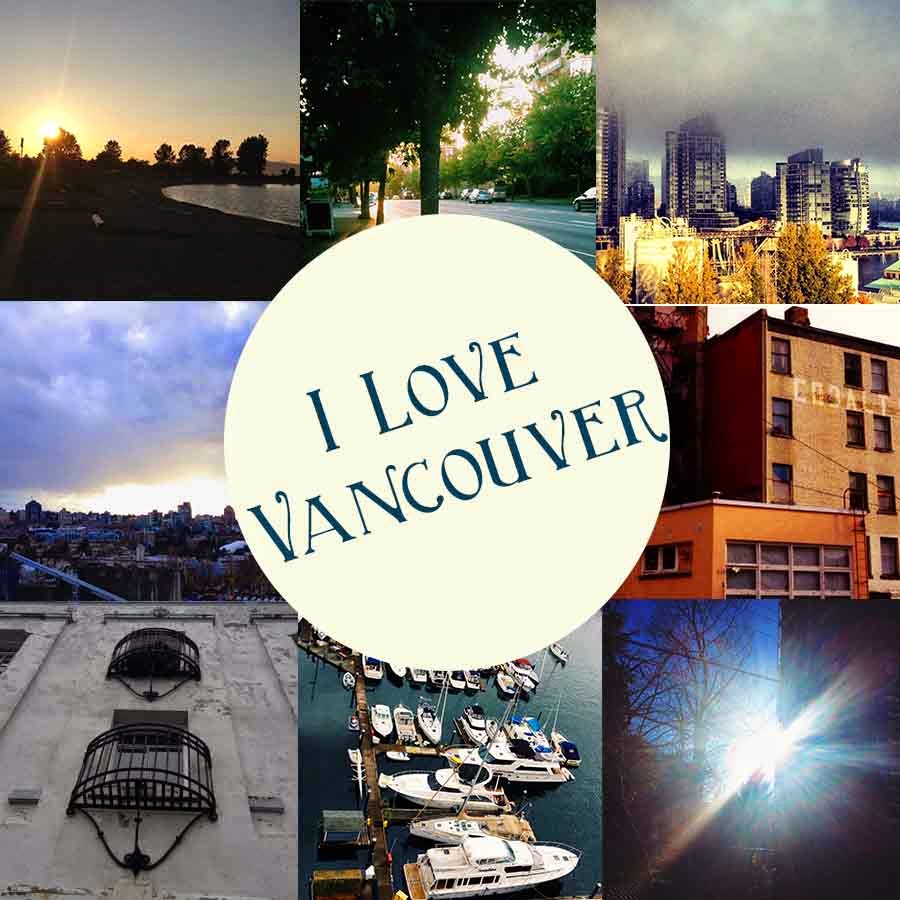 I am generally loathe to encourage the haters by shining a spotlight on them, because, ultimately, a hater's gotta hate, and they are probably sad bunnies looking for attention, which is sad.  However, I keep mentally composing retorts to the anonymous typist behind the #iHateVan Tumblr, so I decided to respond in writing.

Apparently, no one ever responds to this man's vitriol by sharing the things they love about Vancouver.  This might be because they don't feel like listening to their favourite things get ripped to shreds by a narrow-minded angry person who makes generalized assumptions about everything that they say and then makes it personal by trying intentionally to make them feel bad for no good reason, instead of engaging in actual discourse with them, but who am I to assume their motives?  Instead, I'll take a risk and give him some more fodder.

I love Vancouver.  Always have.  May not be better than other cities, but it's the place I chose to live.  Here's what I love about this city:

Yes, I realize that I cannot, in any way, take credit for the environment surrounding Vancouver.  It was here long before I showed up and will be there long after I die.  It is appropriated land, and that sucks in more ways than I can begin to meaningfully acknowledge, especially in a blog post.  It can't be made better, not really.

This in no way undermines the beauty of our surroundings or their allure.  Living under mountains and over the ocean is a wonderful gift, and I feel lucky to do so.

It's also the most temperate climate in Canada, which is great because I like living in Canada and I don't like snow.

I love the neighbourhoods in Vancouver.  They are, sadly, beginning to homogenize as glass towers overtake the city, but they haven't melted into one giant shiny tower yet.  I always enjoy walking through any one of them, from the West End to Gastown to Kits to Mt Pleasant to The Drive to Chinatown to Gastown to the DTES or Kingsway.  It's just plain fun.

There's an incredibly diverse, adventurous arts industry here.  Theatre has got everything from super-safe pseudo-Broadway to rip-your-guts-out intimate drama to adventurous site-specific works.  Yep, some of it's wanky, some of it's boring, and some of it's lame, but that's what happens when you have people taking risks in art.  Same goes for the visual arts, dance, and music.  There's always a ton happening.

Like any urban centre, Vancouver is a place where you can encounter a person with any lifestyle or background.  Which means that most of us learn to be not so judgey of others' choices, and I like that.

All the nerd stuff that happens in this city is awesome and makes me really happy.  Strom Crow!  Nerd Nite!  Geeks vs. Nerds!  Simpsons Trivia!  Drexoll Games!  Etc!

I know a lot of people get annoyed with all the bicyclists, and I get it, but I also like riding my bike around places and not being afraid of getting sidelined by a B-Line.

From the cashiers that get chatty while ringing up my bill to the guys who joined my game of Cards Against Humanity last weekend to lasting friends, the people I meet here are generally friendly, smart, generous, and interesting with wicked senses of humour.  We laugh, we cry, we party, and we generally enjoy life together.

Also, fun fact, the people who complain most about Vancouverites being flaky tend to be the flakiest people I know.  Sorry.

What could be better?

It would be nice if people would spend less time worrying about what other people are wearing or making generalized judgements assuming they know what's going on in other peoples' heads.  I would like cheaper rent.  I would appreciate a place to go dancing that plays 90's music and isn't a Donnelly bar.  We could do with less glass towers.  More people should go see theatre and stretch and more buildings should allow pets.
at October 05, 2014
Email ThisBlogThis!Share to TwitterShare to FacebookShare to Pinterest
Labels: thinking things, vancouvering