Learning! Talk to Your Cat 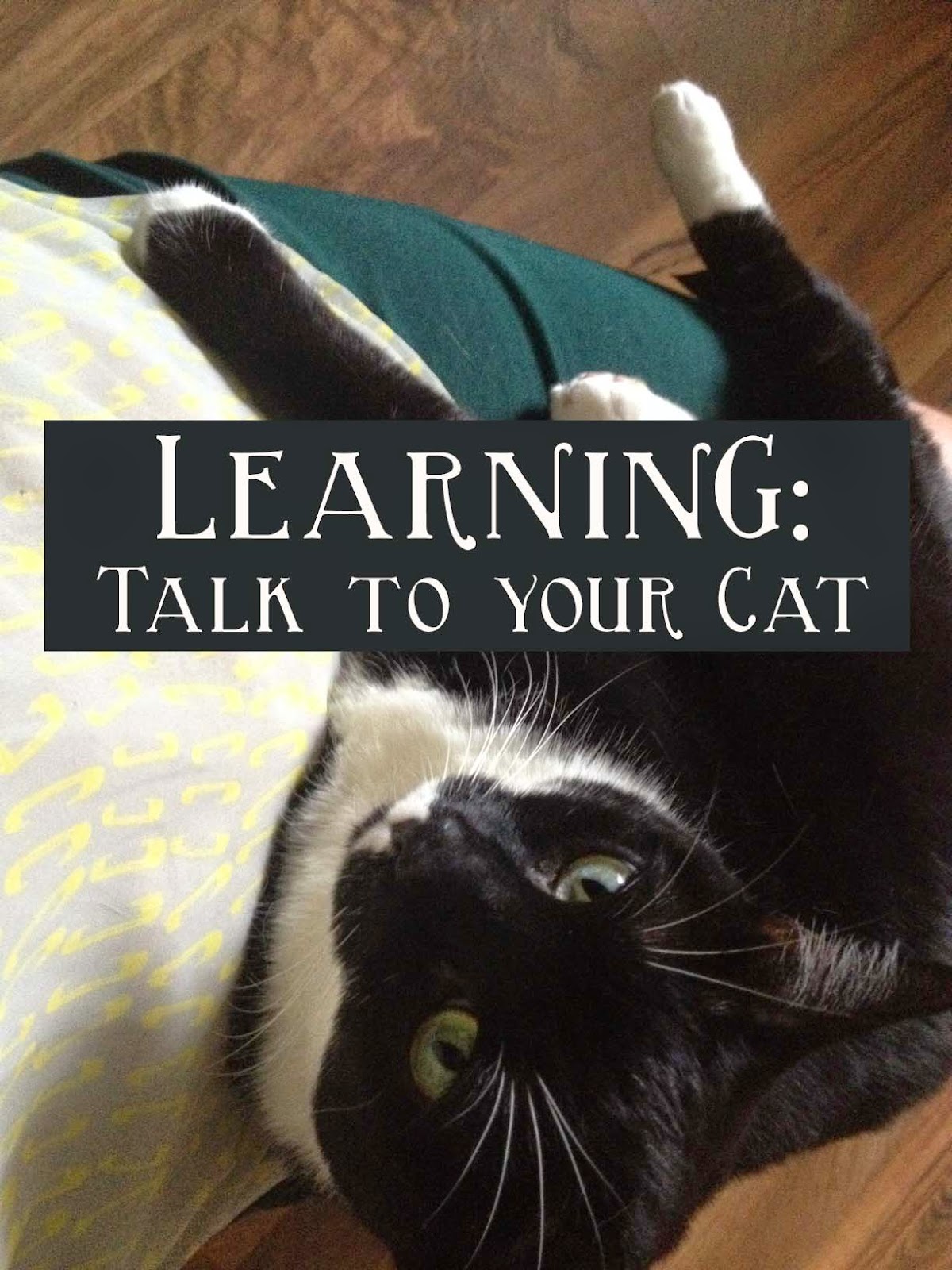 It's no secret that many cat owners will talk to their cats.  Generally my kitty chit-chat is limited to saying hello and goodbye and letting her know I'm going to feed her or that she's done something wrong.  I have friends, however, who will have full conversations with their cats, sometimes doing the cat's side for them, sometimes responding as if they understood the cat's silence as a deep and meaningful response, like Tom Hanks and Wilson.

Here's the best part of that equation, though: cats also talk to us!  Their meow developed for the sole purpose of communicating with their human pets!  So just like a non-cat-owning person might roll their eyes at me while I say goodbye to Gertie on the way out the door, a non-human-owning cat would roll its eyes at Gertie when she meows at me!  Isn't that the coolest?  I think it's so interesting that domesticated cats have learned a behaviour the wild cats have had no use for.

Learn more about talking cats at the CBC.
at April 17, 2015
Email ThisBlogThis!Share to TwitterShare to FacebookShare to Pinterest
Labels: *Learn! Fridays, Growth & Advice