Learning! The Placebo Effect and Happiness 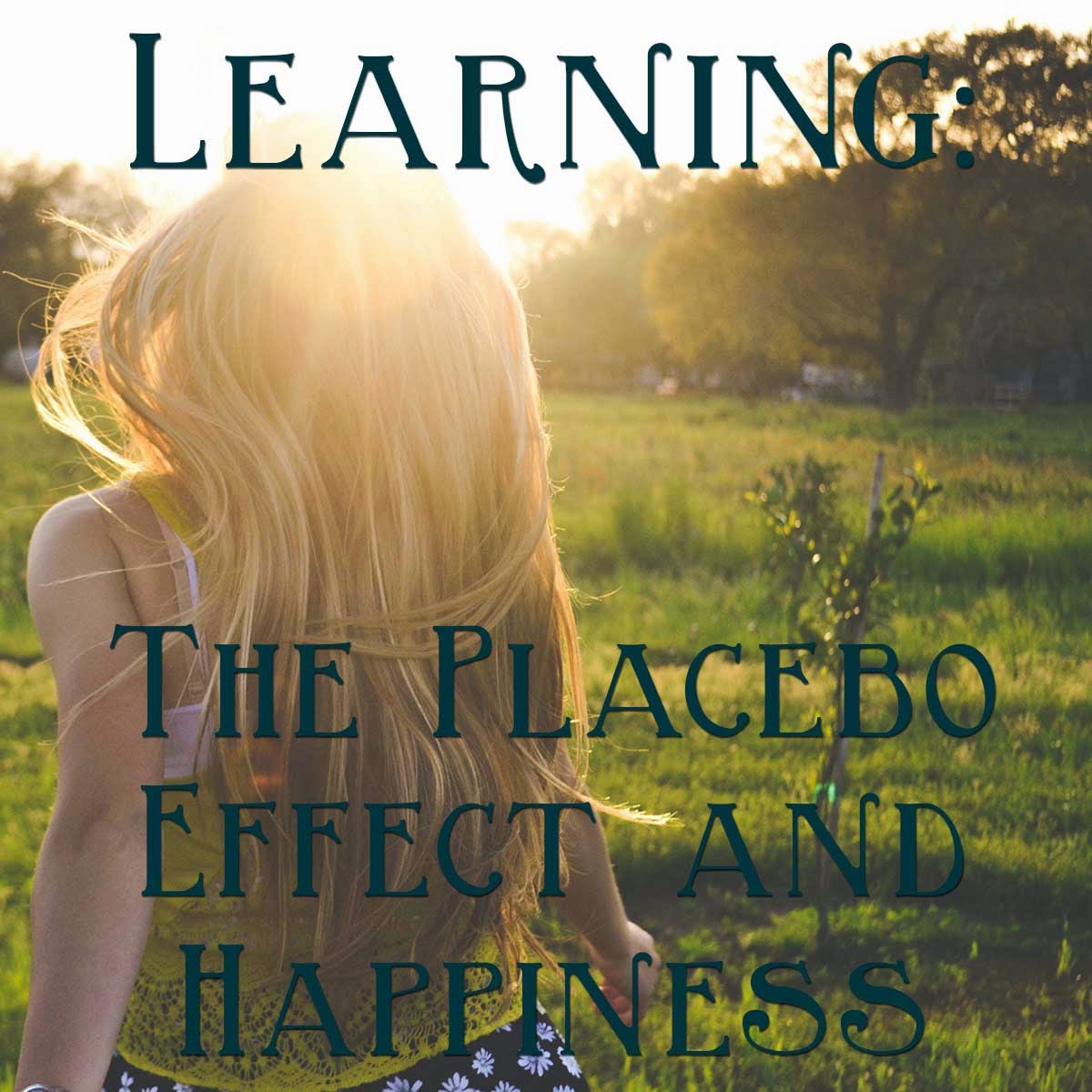 The Placebo Effect is one of my absolute favourite psychological phenomena.  I think it's just so incredible how powerful our minds are in impacting our bodies.  It also drives me a bit nuts when people use it wrong, but that's okay, that's just because I am a know-it-all.

We all know the basic idea of the placebo effect: you give people something that they think is a drug, but actually isn't (the placebo) and then they miraculously get better, without actual medical treatment.

Here's some fun new research on the placebo effect, though: you can tell a person they are getting a placebo, and the treatment still works.  That means that people don't need to think they're getting ibuprofen for their headache to go away, they can take a pill that they know is nothing, if they know their belief that it will work can make it work.

Kind of loopy, right?  And AWESOME!

It doesn't stop there, though.  Remember all that "Power of Positive Thinking" stuff in the 90s?  Well, it was kind of right.  We have lots of evidence already that stress has a negative impact on our health - cortisol levels spike, we get our fight-or-flight on, and our bodies go into protection mode, leading to all sorts of problems.

Well, for the longest time, we thought that the main benefit of being a more positive person was that you didn't experience the harmful effects of negativity.  Turns out, however, there is increasing evidence for beneficial effects of positivity.  That believing things will work out, or that you'll heal, or that you're a good and useful person, actually boosts your body's ability to repair and maintain itself.  This leads to greater health and well-being, which is just plain better for life.