Inspiration! The show must go on. 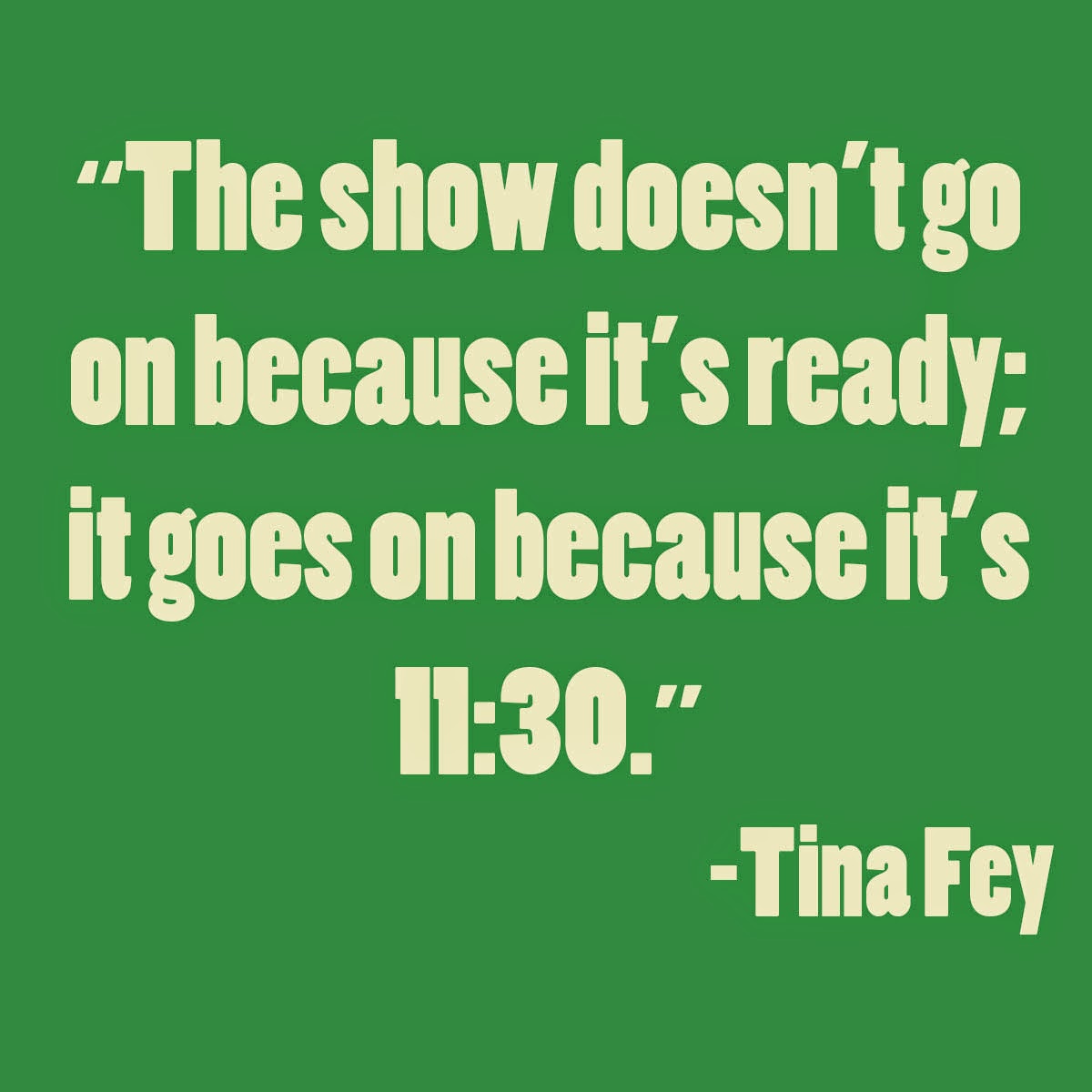 This sums up an amazingly important lesson I learned about getting things out there. Occasionally I like to write and produce theatre, and I generally do so with one of my best friends from theatre school. She is a lawyer now, and still one of the keenest directors and dramaturgs I know.

I noticed the past couple of times we worked, however, a slight change in approach between the two of us: I had developed a strong "the show must go on" attitude. Once we were on the path, the show was happening. If it wasn't perfect, that was okay. It had to go up. We had started. She, on the other hand, wanted to try to perfect it, and would occasionally suggest postponing, something I couldn't fathom.  It caused a touch of tension, from time to time.

Now, I'm not using this to try to be ammo that my way is right and hers is wrong, but to raise the conversation. I think she had a good point that if we knew the play was going to be terrible, maybe we should wait and work on it some more. I also think I had a point. After years of working for a producing theatre company I had come to realize that no one play defined anyone's career. Some companies or artists are known for putting on incredible work, but that by no means presupposes that everything they do is great, or even good. There's something in that continual churning out of work. Continually trying new things and adventuring through their art that, over time, produced excellence. Without naming names, I can think of a few companies that got incredibly mediocre reviews when they started and are now considered some of the most exciting companies in town.

Think about your other favourite artists, be they painters, writers, filmmakers, or musicians.  It is extremely unlikely that you love everything they made, except perhaps in a sort of nostalgic "this work was touched by this brilliant person"-type way.  Otherwise, their catalogue, if they produced a decent amount of work, is likely peppered with works you consider to be less-than.

The balance, I presume, is in being honest with yourself about where the project is, truly, and devoting as much of your energy to it as possible to make it as great as you can, right until the last possible second.
at January 21, 2015
Email ThisBlogThis!Share to TwitterShare to FacebookShare to Pinterest
Labels: *Inspiration! Wednesdays, Art & Inspiration, quotes