This gem from me and Ryan Gosling's long term relationship was from when we were at a cast party for a play I was in and he suddenly spotted a picture being taken.  While it was a friend, his instinct when cameras emerge is to protectively put his arm around me and stonewall his face against the paparazzi.  Next he would have pulled me out of the way and punched the sucker's lights out if he hadn't quickly been reminded that we were at a private party and among friends. 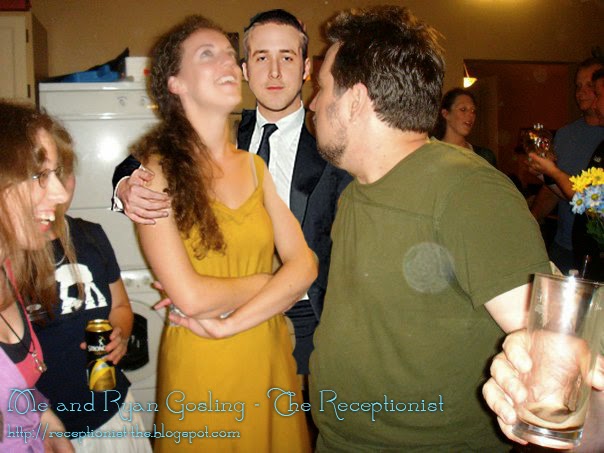 at September 11, 2014
Email ThisBlogThis!Share to TwitterShare to FacebookShare to Pinterest
Labels: me and ryan gosling, Projects, ryan gosling, Whimsy