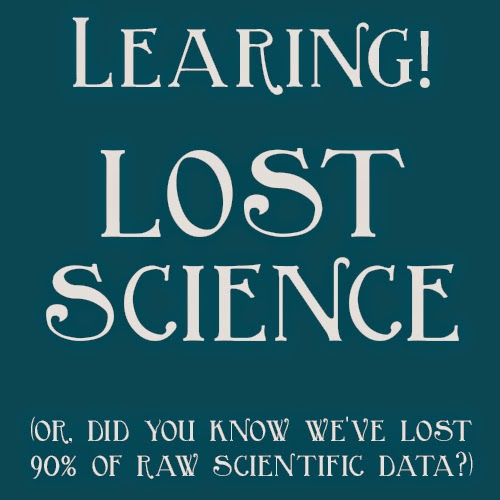 Sad news for science: up to 90% of raw data from past scientific studies may be lost, according to this Smithsonian article.

How so? Well, scientists are pretty much in charge of keeping their own data. Think about how data storage has changed over the years: from typewritten pages shoved in a filing cabinet to 3.5 inch floppies to hard drives. A lot of people just don't know where their old data is stored anymore.

Funnily enough, however, a lot of the data may still be there, but we can't access it because nobody can get ahold of the scientists who created it. Old studies are published with now-defunct email addresses and no other contact information, and in the age of Google, these people can't necessarily be tracked down.

Basically, it's like when you moved, changed your laptop, and forgot to transfer over all your old pictures. Except worse because it's science. Scientific study relies heavily on replication and variation of past studies, so we kind of need access to the raw data to confirm and deny the validity of past studies and know what we actually know.

Of course, this won't change until we get some better system for storing data. Now some scientific journals are making people submit raw data with their papers, which spreads it out a bit at least. But this puts the absent-minded professor in a whole new light!

Moral of the story: back up your data!
at June 06, 2014
Email ThisBlogThis!Share to TwitterShare to FacebookShare to Pinterest
Labels: *Learn! Fridays, Growth & Advice, science