vancouvering: so much theatre in march!

I am overwhelmed by the number of shows opening this month, and so I figured I should probably post about it.  These are just the shows that I'm seeing, plus some shows that friends of mine are involved in.  Man!  Too much to do! 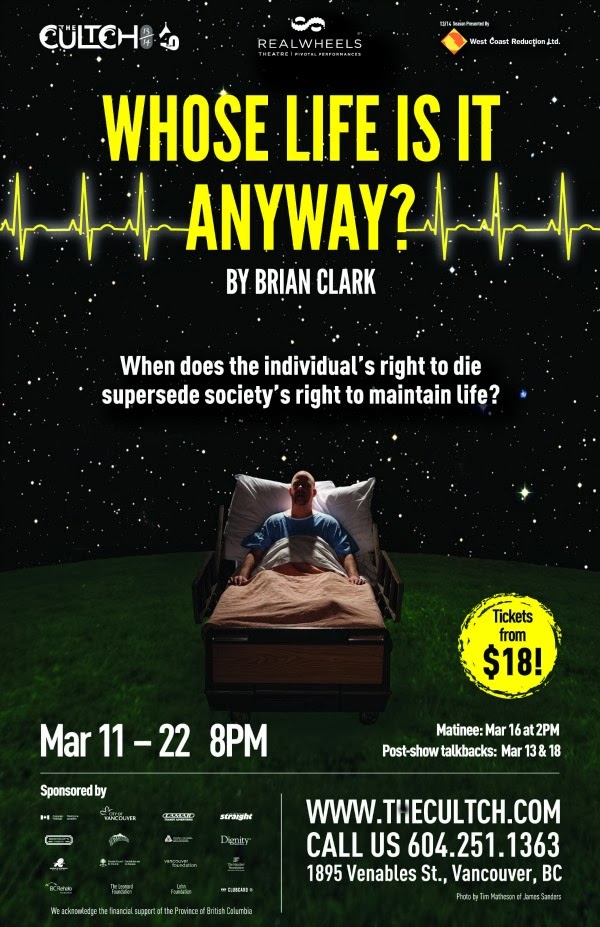 Whose Life is it Anyway? at The Cultch (March 11-22)
I don't know anything about this except that my friend Pippa is in it and my directing prof from UBC (the excellent John Cooper) is directing. That is enough to know you should see it.

Someone to Watch Over Me at Renegade Studios (March 12-23)
Also a dark Irish play.  Haven't seen it yet.  Fab cast.

Lowest Common Denominator at PAL Theatre (March 13-30)
One of Vancouver (and Canada)'s coolest young playwrights gets into some dark sex stuff.  I am heartbroken that I'll probably miss this one. 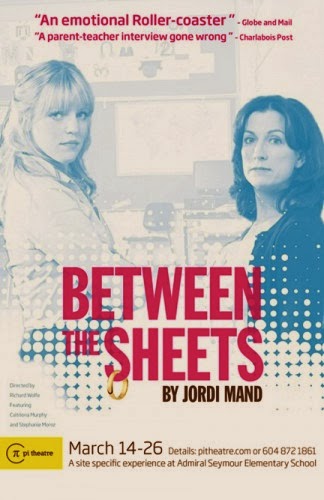 Between the Sheets at Admiral Seymour Elementary (March 14-26)
Produced by an awesome indie company, this is a parent-teacher conference that takes place in an actual school.  Rad.

Helen Lawrence at The Stanley (March 13-April 13)
A new play and an old fashioned whodunnit with glamorous curvy ladies.

UBU Roi at UBC (March 20-April 5)
I studied this play in university (at UBC!) and it is bizarre and hilarious.  I hated it then, but I think I'll love it now.

This Stays in the Room at Gallery Gachet (Marhc 20-30)
Another new creation, an exploration of shame and forgiveness.
at March 11, 2014
Email ThisBlogThis!Share to TwitterShare to FacebookShare to Pinterest
Labels: Issues & Ideas, newsy, theatre, vancouvering